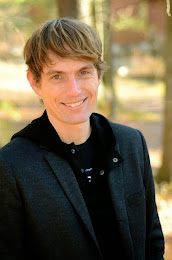 Adrienne, TPC – What is your favorite book ever, and why?
Kevin Emerson: My favorite book, up until high school, was The Stand, by Stephen King. I was really into horror novels. But I think that my favorite novel since then is a book I didn’t like in high school which was Slaughterhouse Five by Kurt Vonnegut. That book, the way it combines comedy and tragedy, and the way that the main character is jumping around in time, and that there are four-legged aliens, it’s got everything. It’s a beautiful book to me.

TPC – Did you always know you were going to be a writer?
KE – Kind of. I started writing when I was in the third and fourth grade. My friends and I would write fan fiction – well, it really wasn’t called that back then – I wrote about Indiana Jones, and James Bond, and just story after story after story. It was always my identity, like if you knew me in middle school, you’d be like, “oh yeah, Kevin, he’s going to be a writer someday.” Although I really withdrew in high school and never shared my writing with anyone, and I got really self-conscious about my writing.

TPC – What did you do between graduating college and publishing your first book?
KE – I moved to Maine and Boston to be in a band with a bunch of friends, where I got a job as a bank teller which was an awful job, especially for a writer and a creative person. I would write little stories in notebooks. I quit that, and I got this really awesome job as a biology teacher in a school in Boston. I was there for a few years, but I was still thinking about what I wanted to write, I wanted to write something, noodling around, so I started reading what the kids were reading. Harry Potter, a Series of Unfortunate Events, things like that. And I was like okay, this is what I want to do. It took me five years to get my first book published, Carlos is Gonna Get It.

TPC – Exile has a lot of music in it, did you grow up around a lot of music too?
KE – Yes. I’ve been a drummer since fourth grade. When I was in preschool, my teachers were telling my parents that I had excellent rhythm, and I should be enrolled in a music school. My parents just thought I was being annoying and banging on things. I am glad that they didn’t send me to a school like that. I have been in bands, but none of them were successful, they were always really nerdy and weird.

TPC – When you bring to write, where do you start?
KE – I get a character kind of talking to me in my head, and I’ll just write some lines or a scene. When I get lucky, these scenes are the beginning of my book, or sometimes something that goes in the middle of the book. I never used to outline, though, but I started to because I could show my editors, and it really gave a backbone to the book. But I do feel like outlines are made to be broken.

TPC – Some of the parts in Exile, in the high school, did you go through a lot of that same stuff?
KE – Well, my high school didn’t have such a great music program, but I was like a dork musician in high school. I was in marching band, which was awesome, by the way, but I was never in a cool band. One of the really cool parts about writing Exile, actually, but I was writing about what it would be like to be part of a cool band.

TPC – Do you see yourself in any of your characters?
KE – I see myself in different ways in each of my characters. I could put myself in all of these different points of view, like the drummer. But the main character, Summer, she’s loosely based on someone in my own life. She was a high school girl who approached my band and asked to be our band manager, and she was good at it, too.

← TTBF14 Panel: Growing Up And Other Natural Disasters
#TTBF14: Interview with Lauren Oliver →